I had a very intense month of reading in December because I was determined to finish my reading challenge. If you want to see how successful I was and other bookish shenanigans, keep on reading! (Let’s just pretend it’s still January).

I COMPLETED MY 2017 READING CHALLENGE!!! I didn’t lower my reading challenge goal even though I thought it was highly unlikely that I was going to finish it. BUT I did it! I finished 80 of my goal of 80 books (100%) and I’m not going to deny that I’m impressed with my reading in December. I will go more into it in my 2017 end of year post.

So… I managed to read 15 books in December. I think that definitely a new record. (That’s what happens when you leave all your reading until the end of the year). It was stressful. 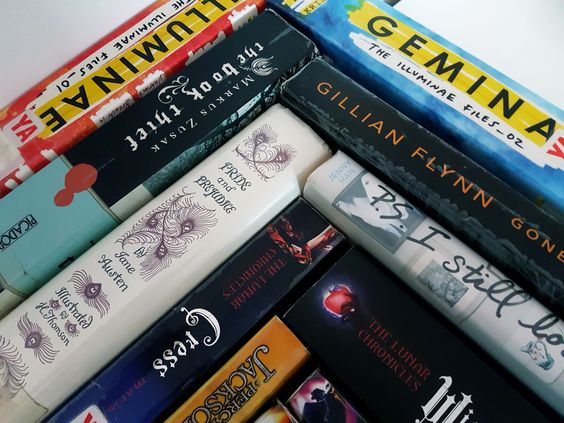 I’m actually not too sure about my reading schedule so far, so I’m not going to set a TBR for January 2018.

I did not get up to much in December since it was the holidays. I promised myself that I was really going to make an effort catch up on my book reviews… which didn’t really happen. However personally, I thought I read a lot (so that kind of makes me feel better). I’ve been in a blogging slump lately and I know I need to dig myself out of it. I’m just lacking inspiration for posts…

I really need to work on that productivity thing in 2018. (I’m being completely crushed underneath the amount of reviews I want to write).

I’ve been writing my end-of-year posts so I’m getting there. I don’t know why I’ve been super unmotivated to get them up, but I promise they will appear (eventually). I’ve kept this wrap-up pretty short (compared to what I usually do) so I can talk more about the books I’ve read and my bookish stats in my yearly wrap up posts. 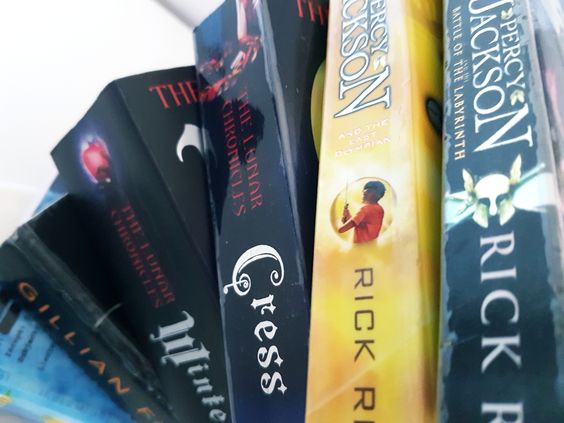 I participated in the #ReadersCrossing reading challenge in December and I thought I did pretty well. Since I read a good handful of books in that month, I managed to fit 8 books into the different categories and it was good fun. I’ll do a quick wrapup here:

The Battle of the Labyrinth by Rick Riordan

The Book Thief by Markus Zuzak

The Last Olympian by Rick Riordan

4. Set in the wilderness – SPORTY

Harry Potter and the Deathly Hallows by J.K. Rowling

P.S. I Still Love You by Jenny Han

Pride and Prejudice by Jane Austen

So, as you can probably tell from that uneventful life update, I’ve been up to nothing, and I’ve accomplished nothing/I haven’t even been watching much TV shows/movies (which is my usual source of procrastination). Although, I DID end up watching both the Percy Jackson movie adaptations and I understand why the majority of PJ book fans are disappointed/horrified by them. I will say that they weren’t as bad as what I was expecting… but I have mixed thoughts. Maybe I can do adaptation reviews for them???

As I have mentioned several times, I read a lot of books in December (compared to what I normally read). And amongst them, I read book 7 of the Harry Potter series: So, of course my favourite quote of the month comes from Harry Potter and the Deathly Hallows. Super well-known and not really a surprise…

“Of course it is happening inside your head, Harry, but why on earth should that mean that it is not real?”

How were your holidays? Did anything exciting happen in December? Favourite books you read? Comment below!