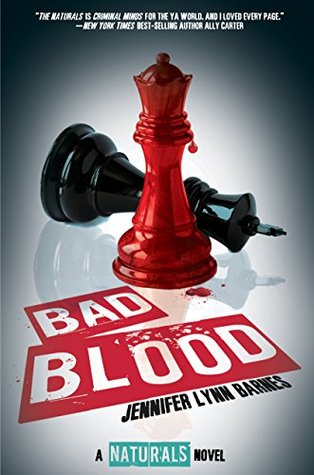 I love how dark the series went, and how none of the gritty details were spared. The psychologically-based plot really makes you think. Nonetheless, the plot was easy to follow yet intricate. I loved how the little details easily overlooked contributed to the plot, and it’s just so clever. It gets wild, it gets creepy, and that’s what makes it fun.

I find profiling so fascinating, and this series has intensified that interest. I love that we didn’t get lost in all the new plots, and came back to the initial mystery that started it all: Cassie’s mother’s suspicious murder. Also, it was super enjoyed to sleuth alongside the characters and experience all the DRAMA. Theorising about the direction of the plot was a really fun and exciting aspect of the reading experience. I admire the significance of friendship, family and grief amongst the violence, death and mind games.

All the twists and turns were great no matter how ridiculous some of them were (I admit some of them were unrealistic and a bit far-fetched). I thought it was a bit of a let-down for a finale, but it was still a great read. The plot was not a gripping as I was used to with this fantastic series, and the ending was a bit too abrupt for me. I wasn’t quite satisfied, and I felt like there should have been more of a wrap up or conclusion.

I love this squad of teens so much, I didn’t know how much I missed reading about The Naturals. I think they’re developed so well and I loved seeing how they’ve grown over the series. I really enjoyed the banter between the squad members, and how each one contributes in their own unique way.

Something I’m super glad about this novel (and Barnes’ books in general) is the useful presence of adults (which is strangely uncommon in YA books). Not only are their presence felt, there’s also communication between the teens and adults. They provide support, advice, and distance when needed, and it’s so refreshing. I really liked Judd even though he was more of a side character. These adults (like Riggs and Sterling) had their own stories, and I was super pleased that they did more than being plot devices.

I really love this cast of characters. However, I feel that we could have gotten to know some of them more, and it’s such a shame that we had to squash Lia and Michael’s stories into a single book. I love the distinct personalities of the squad, and the feeling of family and acceptance surrounding them.

Although the protagonist of the series has been Cassie, it definitely shows how important the rest of the characters are to Cassie and the plot. They all have complex backgrounds and I just want to protect them. I loved seeing how the author peeled back the layers of these tough teenagers, and showed their vulnerabilities.

I’m still not the biggest fan of the romances in this series, but I’m glad they didn’t dominate the plot. I don’t think these aspects were Barnes’ strongest points, but they didn’t interfere with the plot too much so I didn’t mind their existence.

The dialogue and conversations between the characters were easy to follow, and writing made it easy to fall into the story. The sentences were short and to the point which helped increase the tension. The series is so easy to read through, and I find Barnes’ writing so addictive. The pacing of this novel was slower than what I was used to in the series.

I was a tad underwhelmed by the end of the series. All in all, this has been a fun and interesting series that I’ve thoroughly enjoyed! This series centres around such an intriguing concept of profiling and criminology. I’m really going to miss reading about these fascinating characters. I’m hoping this author continues to explore these ideas in her writing, and I’m super excited to read more of her novels!

What did you think of the book? Who’s your favourite character of the squad? How do you feel about series finales? Comment below!