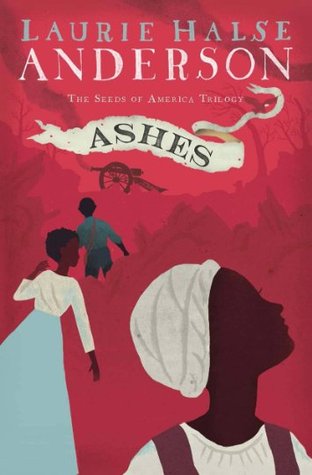 The adventures weren’t as gripping as the first 2 books. As harsh as the reality was explained, I didn’t feel that real sense of threat for Isabel. There were quite a few complex issues explored in this novel. Loyalty and the search for freedom have a huge part in the story. It was heartbreaking to see the constant persecution, struggles and setbacks that these young adults faced. And it was devastating to see these teens having to work hard ever since they were children with limited parental love or guidance, always having to look behind their backs and unable to trust anyone.

I thought the main goal of the protagonist was achieved much too soon. A large majority of the book include characters plodding through the wilderness and this got a little tedious. I didn’t really understand where they were heading and why. It was rather anticlimactic and… boring. Looking back at this novel, there actually wasn’t really a climax. The last few pages felt rushed. I thought the ending would be more solemn but it ended too “happy happy”. But that’s just me. It’s a hopeful conclusion which is nice.

I believe this book was very well researched. I thought the historical facts and worldbuilding blended well into the story. The map at the start of the novel was a very pleasant surprise and got me really excited to get into the book. I liked the depth of historical context included, especially in relation to slaves during the American Revolution. I’m glad we get to see this significant event through a different lens which isn’t glorified. I think it’s important to see that with the success, there was a whole lot of turmoil.

We learn quite a few details about the Revolutionary Period with a lot of mundane life, and a bit of the horrific. The lack of graphic details makes the novel appropriate for younger audiences whilst still giving some good insight into the reality of the time for African Americans facing a real threat of slavery amongst other problems.

From the beginning of the series, the main characters have grown to be older teens. However, this book still read like a middle grade especially in terms of the writing. There are 3 (arguable 4) main characters in this book:

I don’t really know how I feel about Isabel and Curzon’s relationship. From the start to the end, the development escalated quickly and felt sudden. I’m glad there was actual reasoning behind Ruth being super mean to Isabel. However, I thought it took too long for it to come into light because I was really annoyed at Ruth for the longest time having these constant tantrums. Basically for most of the book, Ruth is cold and resentful of Isabel.

I enjoyed the little epigraphs at the start of each chapter. Although when I actually read the chapters, I couldn’t find their significance. The writing is adapted to the period of the time, but it’s easy to follow as the writing itself isn’t too complex. This conversation was a real favourite of mine:

“You are a muzzy-headed blatherskite,” I muttered.
“And you’re a vexatious cabbagehead,” he replied

The pacing was a bit jumpy as it alternated between being fast and slow.

What did you think of the book? Are you a fan of historical fiction? Comment below!